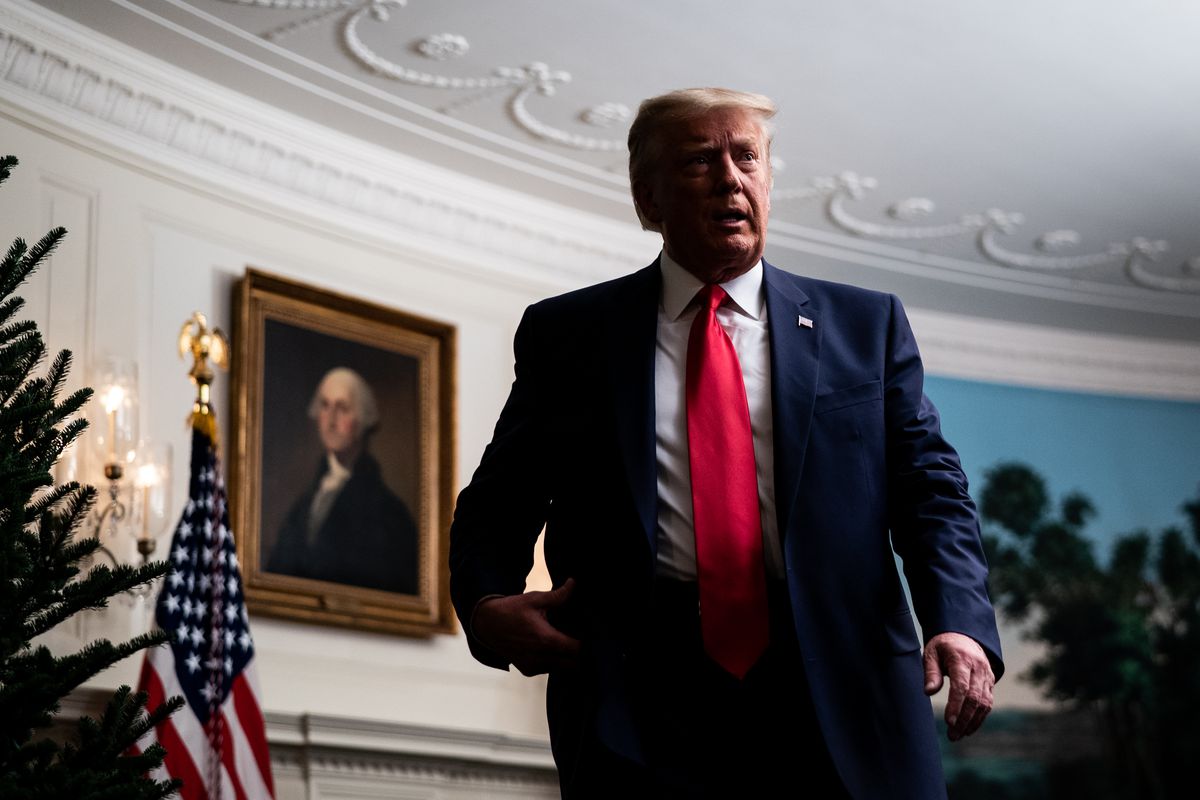 On Tuesday, President Donald Trump threatened to veto an annual defense bill authorizing billions of dollars in military spending unless Congress agreed to strip away a pivotal internet law that provides Facebook, Google, and Twitter with legal immunity over content posted by their users.

The result is a standoff holding up one of Congress’ most vital pieces of legislation and placing Section 230 under an unusually imminent threat.

A foundational legal protection for online speech platforms, Section 230 has become controversial in recent years, and there is growing desire across the ideological spectrum to reform the law. During the primary campaign, President-elect Joe Biden said Section 230 “should be revoked, immediately,” responding to concerns that Facebook was shirking its responsibility to moderate the platform. Republicans have taken issue with 230 for the opposite reason, seeing it as granting platforms an inappropriately broad license to censor speech.

The issue became particularly urgent for President Trump in the days after the election, when he used Twitter to spread baseless accusations of election fraud. The platform responded by labeling the tweets as misinformation about a civic process (a specifically protected category on Twitter) and restricting their reach.

Now, the outgoing president has tied 230 repeal to defense funding, one of the few pieces of legislation that is seen as a “must-pass” by members of Congress. The National Defense Authorization Act primarily authorizes spending by the military and other national security agencies, so a failure to pass some version of the bill could have severe consequences for the nation as a whole.

The “must-pass” nature of the bill makes it the perfect target for lawmakers looking to sneak their own partisan priorities (known as riders) into a bill that will surely pass by the end of the fiscal year. It’s a long-standing process for lawmakers, but rarely attempted for an issue as delicate as 230 reform.

In a series of tweets last night, the president was unequivocal in his desire to attach a repeal of Section 230 to the bill. “Section 230, which is a liability shielding gift from the U.S. to ‘Big Tech’ (the only companies in America that have it — corporate welfare!), is a serious threat to our National Security and Election Integrity,” Trump said. He continued, saying that if the “very dangerous & unfair Section 230 is not completely terminated as part of the [NDAA], I will be forced to unequivocally VETO the Bill when sent to the very beautiful Resolute desk.”

As of publication, the first tweet in Trump’s Tuesday night thread was pinned to the top of his Twitter profile.

This year’s NDAA includes a provision to rename 10 military installations that currently honor Confederate military officers, a policy President Trump has strenuously opposed. In November, The New York Times reported that the White House chief of staff, Mark Meadows, told NDAA negotiators in Congress that Trump could be open to signing a version of the bill that renamed Confederate-named military bases if Democrats agreed to repeal Section 230.

As of Tuesday, Republicans were also working to include bills like Sen. Roger Wicker’s (R-MS) Online Freedom and Viewpoint Diversity Act, according to Axios. But Wicker’s bill doesn’t amount to a full repeal of the tech industry’s liability shield, and it’s unclear whether the White House would support a version of the NDAA with Wicker’s bill as a rider.

The NDAA is typically approved by veto-proof majorities. So even if Senate Majority Leader Mitch McConnell (R-KY) would agree to placing this year’s NDAA on the floor, Congress could easily overrule Trump’s veto. But according to reporting from The Washington Post last month, McConnell has a policy against taking bills to the Senate floor for a vote when they’ve received a veto threat.

Still, some lawmakers, including Sen. Ron Wyden (D-OR), one of the original architects of Section 230, seem to think that Trump’s 230 threat holds little weight.

“I’d like to start for the Blazers, but it’s not going to happen either,” Wyden said in a statement Wednesday. “It is pathetic that Trump refuses to help unemployed workers, while he spends his time tweeting unhinged election conspiracies and demanding Congress repeal the foundation of free speech online.”

The Justice Department suing Facebook for violations of labor law