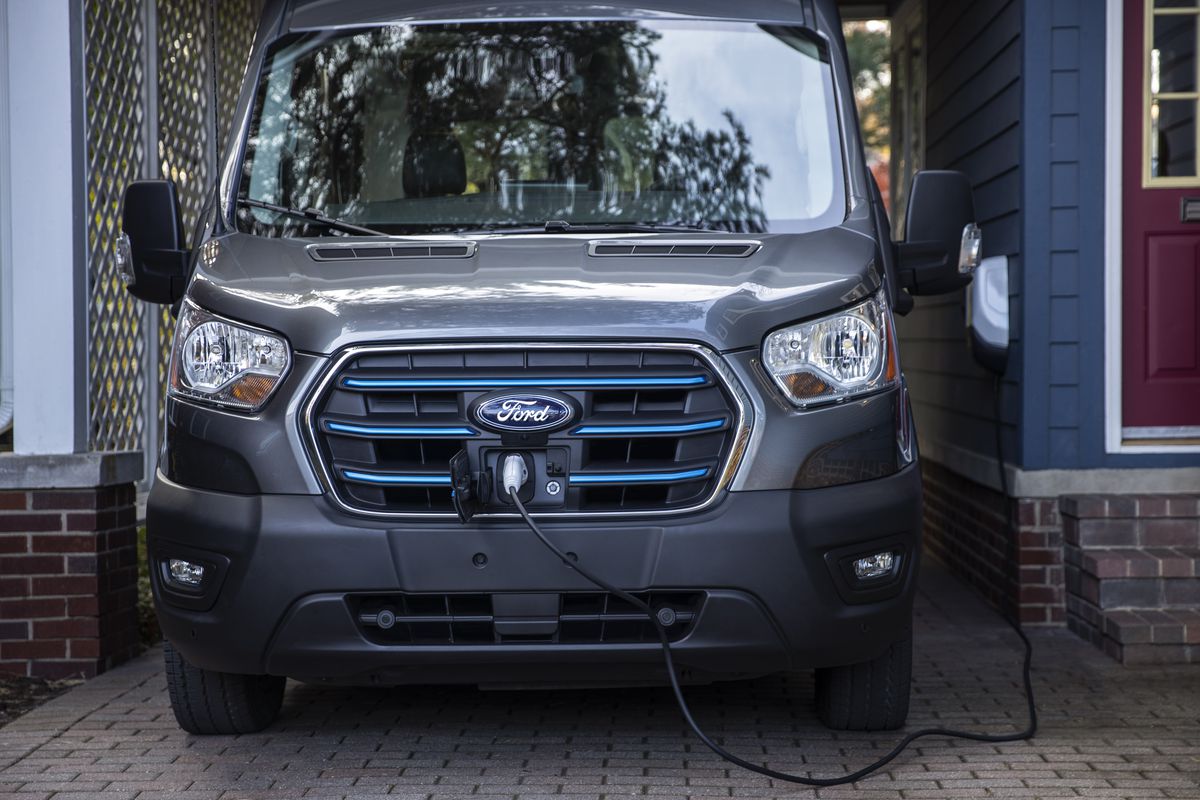 President Joe Biden will start the process of phasing out the federal government’s use of gas-powered vehicles and replacing them with ones that run on electricity. The announcement is the fulfillment of a promise Biden made on the campaign trail to swap government fleet vehicles with American-made EVs.

“The federal government also owns an enormous fleet of vehicles, which we’re going to replace with clean electric vehicles made right here in America, by American workers,” Biden said during a briefing Monday announcing his “Buy American” executive order.

This is great news for US-based EV makers like Tesla, Rivian, and Lordstown, as well as legacy automakers like Ford and General Motors that are in the midst of multibillion-dollar investments in electric vehicle production.

President Joe Biden also promised to create a system that offers rebates or incentives for consumers to replace gas cars with electric vehicles — though there aren’t any more details about that plan at this moment.

The details of both plans are still being worked out, but taken together, they represent a huge win for the EV investments made by automakers over the last several years. Ford has said it will spend $11 billion introducing a raft of new EVs, including the Mustang Mach-E and an electric version of its best-selling F-150 pickup truck. GM has committed to spending $27 billion on electric and autonomous vehicles through 2025.

Meanwhile, Tesla’s remarkable stock market rally throughout 2020 has made it the most valuable automaker in the world, and its CEO Elon Musk the richest man on the planet.

Biden’s order may not be a direct win for Tesla, though, which has mostly focused on luxury and performance vehicles. Automakers that could benefit include Ford, which recently unveiled an electric version of its Transit vans, and GM, which just spun out a new company called BrightDrop focused on electric delivery vehicles.

One federal agency that could desperately use a new fleet of zero-emissions vehicles is the United States Postal Service. Hundreds of the agency’s mail trucks, which are manufactured by Northrop Grumman, have caught fire over the last several years, Vice recently reported. And the USPS’s deadline for official bids to make its next-generation mail truck was delayed last year due to the COVID-19 pandemic.

The program to replace the USPS’s current trucks was launched in 2015. But it has dragged on, forcing the postal service to keep its current trucks in service past their expected life span — despite the fact that they were introduced in the late 1980s and early ‘90s and lack features like air conditioning. Two of the original six companies have dropped out.

One of Biden’s goals is to create 1 million new jobs in the auto sector and to “position America to be the global leader in the manufacture of electric vehicles and their input materials and parts.” The president has said he will reach that goal by swapping out the government’s fleet for electric vehicles and through a “cash-for-clunkers”-style plan to ensure that every vehicle on the road is zero-emission by 2040. And he pledged to spend billions of dollars to add 550,000 EV charging stations in the US.

Biden has also said he supports the $7,500 federal tax credit for electric vehicles and would be open to considering new incentives to encourage car buyers to consider making the switch to electric. Former President Donald Trump tried to end the federal EV tax credit in his 2020 budget proposal but was not successful. Also under Trump, the Environmental Protection Agency rolled back Obama-era emissions rules aimed at forcing the auto industry to manufacture less-polluting vehicles.